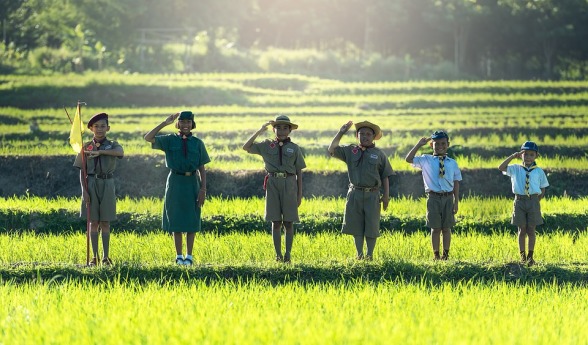 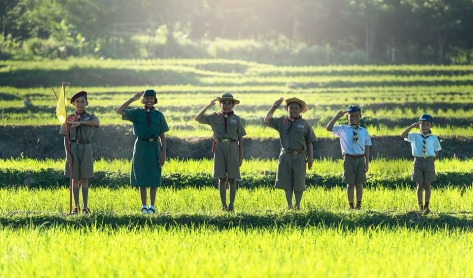 This is not a post about the new American president or on how good or how bad he is, so you can keep on reading. In order to get to my point though, he has to be mentioned indirectly. As I was writing something else this morning, the TV news was on in the background. I must have had finger trouble, because it was another channel (it wasn’t FOX though) as the usual (BBC). There was a panel on video call discussing the subject that I won’t mention in this post only due to the fact that you might already suffer from fatigue on the topic.

I wasn’t focussing, so I wasn’t sure if the three men were supporting the above non-mentioned person, or if they were making tongue-in-the-cheek comments. All I knew was that my head bobbed up by the one man’s words.

“He is doing everything he promised.”

Now, I know about the jokes going around about that same sentence, but it wasn’t until this man said it on TV this morning that the penny dropped.

I suddenly realised that I was ‘participating’ in something that I really thought I wasn’t involved in. I was accepting lying as ‘normal’ behaviour. Oh, I realised it somehow, but I don’t think it had ever really sunk in, because I thought that I was above that.

We are so used to people making promises when they are running for office and when getting elected, they do the opposite. And we accept it without much resistance, because – well, we knew it would happen! I heard the above non-mentioned person also making promises, but thought by myself, “Meh, he won’t do it.” and “He can’t do that!” and “He won’t be allowed to do that!” Now he is starting to do everything he promised and the world (me very, very included) is shocked!

We got so used to people promising us the sun, the moon and the stars, but instead delivering garbage to our front doors that we have accepted it almost with thanksgiving! We have learned to pardon it. Even those under us who see ourselves as not ‘foolable’, have gotten so used to being fooled that we accept it as the norm. And in the world we live in these days, we are being fooled by almost everyone  we are suppose to trust – politicians, business people, religious leaders and of course every person working on the other side of  an enquiry who promises to call you back.

So, when suddenly someone comes along and keeps his promises – how far reaching the consequences might be – we are suddenly reminded that we are not used to living in a world where people keep their word anymore. And we are fooled when they do. (Like the media and the pole analysers were after the particular election that the non-mentioned person above won.)

Thankfully, we learn from the Word of God that ‘whoever guards His Word, truly the love of Elohim (God) has been perfected in him’ (1 John 2:5). And we also learn that there is One who will always keep His Word.

“I shall not profane My covenant, neither would I change what has gone out from My lips.”