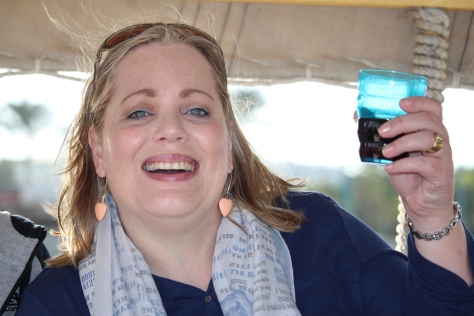 This was a difficult week to be away from home. Our friend died. She was only 46. She had health problems since long before the 14 years that we knew each other. She had more than 30 operations and had been in and out of hospital all the time. We knew that her body took strain that no human body can sustain on the long haul. But we never wanted to acknowledge it. We got used to her being in and out of hospital and life going on in between.

So last week she was in hospital again. On top of her ‘normal’ problems she was fighting a resistant bacterial infection for over a year. She was sent home after treatment with strong, long-term antibiotics. But on Monday morning when her husband woke up, she had left this world quietly next to him during the early hours of the morning.

We were of course, in shock. Still are.

We were still trying to come to terms with Adri’s death, when I got a message from home that my loving godfather went into a coma and not long after that, that he too went to heaven – on what would have been my father’s 90th birthday.

Although any death is always difficult, I’ve learned in life that loss feels different when people die at different ages. My dad died at age 73. That is an acceptable age to die in my books, although it doesn’t make it any easier that one’s father dies at an appropriate age when you stand next to his bed watching how the artificial life orchestrated by machines, leaves his body. Two years later I learned that 49 isn’t an acceptable age for someone to die, when my beloved ouboet (eldest brother) was taken from us in an instant.

We were expecting Oupa Koos’ death. Both he and Ouma Mienie, his wife, was/is very sick. And they were nearing 90. Still, when he died he didn’t only leave a person that would be missed dearly in my and his closer family’s lives. He left and took a whole part of my life with him. A whole part of my history was intertwined with his. Fortunately, as long as I stay mentally healthy, I will have those memories to cherish. He was one of the few left of their generation in our family. And now we are becoming that generation. That is life. What a sobering thought!

We didn’t expect Adri to die young. 46 is an inappropriate age to die. But then – life and death isn’t in our hands. It isn’t ours to give or to take. God gave Adri a wonderful life, in spite of her struggles and she leaves a testimony of His great glory behind through the many lives she touched. She sang like an angel on earth and I believe she is having a ball worshipping the Living God with the real angels now.

Until we see each other again, my friend. Sing your heart out.

And say hello so long to Baas Wynie and Ouboet Piet, Oupa Koos. Tell them they are in my thoughts. Every. Single. Day.

And he said, “Naked I came from my mother’s womb, and naked I return there. יהוה (the LORD) has given, and יהוה has taken away. Blessed be the Name of יהוה.”