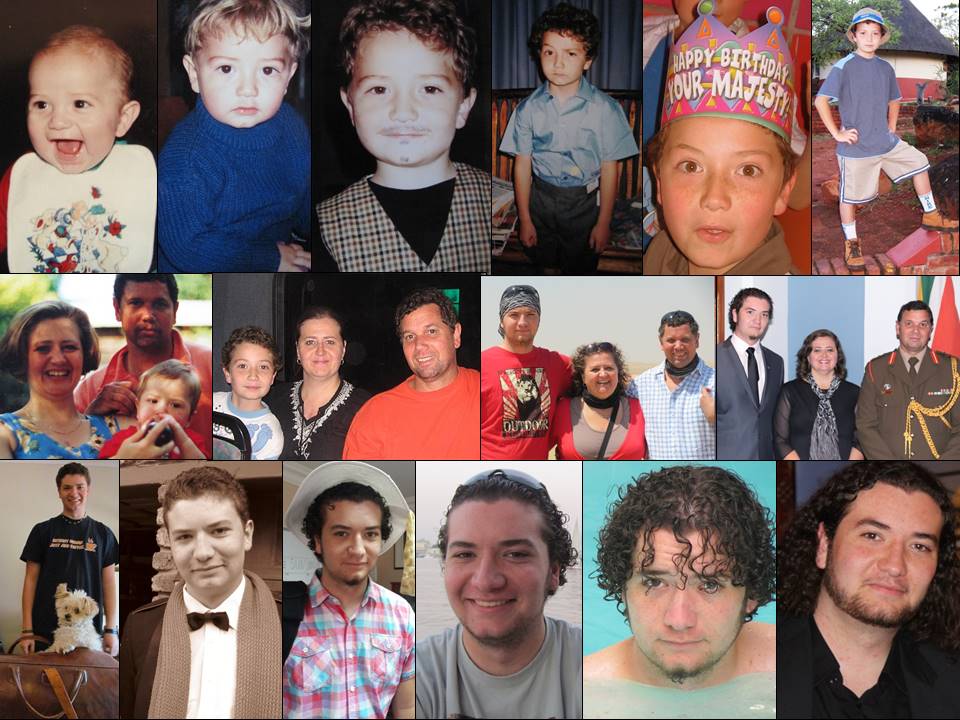 (This article appeared in the Today magazine of June 2007)

We were married for five years when our son, Michael, was born. Deon and I both led physically active lives when we met and the last thing on our minds was health problems. After our wedding we kept ourselves busy by playing golf, running 10km and 21,1km road races, cycling, playing tennis and squash and hiking occasionally. A year after our marriage, we thought it time to start with a family.

When I still wasn’t pregnant after a few months, we were advised not to be over eager. We tried to be patient, but after a year, we were wondering if something was wrong. The first doctor I saw was very rude and impatient. He didn’t seem to care much about me and even asked me if we knew ‘how to do it’! I was so furious and embarrassed – especially after overhearing him swear during a telephone conversation with a woman who had a miscarriage – that I left. After another few months I went back and saw another doctor. At first, no one could find anything wrong with me, so they decided to test my husband too. After that I was put on fertility drugs.

We kept praying, but nothing happened. We experienced all the emotions accompanying the process a couple goes through when struggling to have children. We were married for quite a few years by then and friends and family kept asking about our plans for having a family. We haven’t told anyone about our problems and decided to share it only with our church cell group. We started praying together about the matter.

In the meantime, we were becoming disillusioned and discouraged. I only kept going to the doctors for my husband’s sake. I was so worn out by the ordeal that I decided to stop the whole process. My husband supported the decision.

After eight months, a friend of mine convinced me to go to her father-in-law, who was a well-known gynaecologist in our city. We decided to give it one more try.  I was both surprised and shocked by his approach. My urine was tested only once before in the three and a half years I went to the other doctors at the military hospital. Never in that time did one of them listened to my heart. This doctor did both before he even started his examination. Within seconds he found that I had a heart murmur. He comforted me with the fact that although about three out of every hundred people have them, most don’t mean that something is wrong. Because mine was quite audible he sent me to a cardiologist.

With the help of ultra sound sonar it was found that I had a leaking heart valve due to having rheumatic fever as a child. It was shocking news, because I always considered myself a very healthy person. I almost never got sick since I had the fever when I was nine years old, so I haven’t make many visits to a general practitioner’s consulting room and therefore didn’t have anyone listen to my heart in ages.

The gynaecologist and cardiologist advised us to have artificial insemination and getting pregnant before having heart surgery. We went along with the plan, but after it wasn’t successful the first time, further examinations showed that the heart operation was first priority. It was quite a bit to chew on. We were faced with the possibility of never having children, because afterwards, being on anti-blood clotting medication, it would be difficult to become pregnant.

My husband normally accompanied me on these visits to the gynaecologist, but because he was occupied with work and the consultation seemingly being only a routine visit, I went alone. I changed into the pink gown and made myself comfortable on the bed, while the doctor and I chatted about the operation. I told him how wonderful I felt and I remembered him laughing about something I said. The next moment he opened the gown and his face straightened. Without even touching me, I heard him say:

“You’re pregnant.” He went to his next-door office and shouted: “Don’t get excited. It means problems.”

I was twenty weeks and three days pregnant already. There were no signs of pregnancy yet, except the absence of my monthly period, which wasn’t out of the ordinary for me, as it was my body’s normal reaction for up to five months after having anaesthetics.

The head of cardiology at the hospital advised us to abort our baby. He gave us a long list of what could have gone wrong with the foetus and gave us five days to make a decision. That day I fell in love with my husband forever. He rose to his feet and told the good doctor in no uncertain terms that we have no right to say ‘no thanks’ to what God has decided to give to us.

On 6 September 1996, we named our son, Michael, which means ‘who is like God?’ in Hebrew, to remind us constantly of God’s love, grace and faithfulness.

Michael was born without any of the abnormalities we were warned about. He survived the anaesthetics, the cooling down of my body during the heart operation, three days without food, because of a mistake by the hospital personnel, and the antibiotics and medication afterwards. I didn’t have to take the anti-blood clotting medication for nine days after the operation. It gave the foetus just enough time to develop fully before I had to start taking it. I had another heart operation in 2005 and I needed to start taking the medication the very next day after the procedure!

Michael is ten years old now. He is not just a survivor. He is a loving, sensitive and wonderful child. He is a little family man, a car fanatic, an amateur inventor, a cartoon and movie lover and a world traveller. Just by calling his name, we are reminded daily of the Creator’s hand in our lives. We know that our son wasn’t meant to become just another abortion statistic, but someone who is already making a difference in the world. And someone with whose life God has a purpose.

The content of this article may not be used for any other purposes without the written consent of the writer.

Fielies/Riëtte de Kock is trying hard to be a Proverbs 31-woman, great lover, best mom, entrepreneur and successful freelance writer all at the same time! She lives in Pretoria with her husband, son, mother and four dogs.