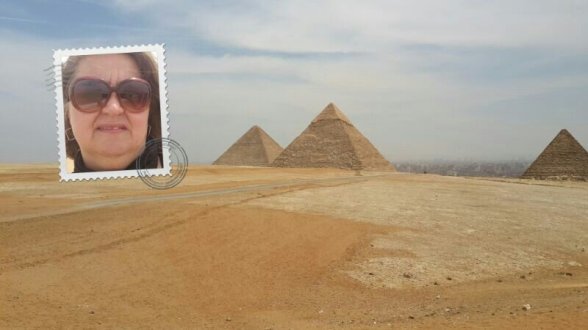 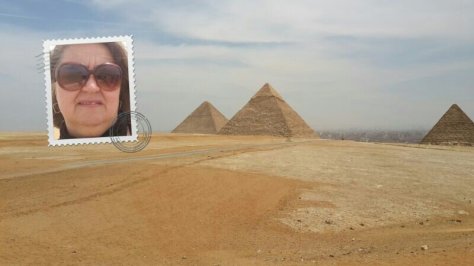 l (and my husband) never had the desire to emigrate from South Africa, but we always had the dream of living and working abroad for a while. Hopefully our only son will one day earn his living mainly in our country too. Through the years so many things in our lives and our country changed and we started to think that the possibility of working and living in another country was lost. But ‘out of the blue’ the opportunity came our way and we took it.

We love travelling and thought that if we lived somewhere ‘in the middle of the world’, travelling would be much easier. (Read less expensive.) We South Africans are mos eager travellers, but it costs an arm and a leg for us to travel.

l am also of the opinion that migration is a very natural thing and that circumstances ‘moved’ people to emigrate throughout the centuries – in this instance the crime rate in our beloved country became most people’s moving factor. It was this ‘natural’ migrating phenomenon after all which brought our forefathers to South Africa in the first place. l believe the point is now made. So, let’s get on with us living in Cairo now.

It goes without saying that it is much different to holiday in a country than to live in it. We came to Egypt with the intent of staying and not holidaying. I think we got that one right so far. But, in spite of travelling via Cairo elsewhere six times before, and knowing what it looks like, I was still overwhelmed on our first night here. In my head I did the Maths: 4 x 365 days to go. l didn’t feel up to it. But, the next morning I woke and the fatigue from the flight was gone and so were the woes.

Let me put it in perspective for you. l grew up in a small town with a population of only in the thousands  – the then black township people included – of whom you rarely saw a few dozen at a time and where, according to statistics only 33.5 people live per square km.

For the past 26 years we had been living in Pretoria, a city with 1.7 million people. The whole metropolis houses plus minus 2.4 million (675.1 people per square km). South Africa has between 48 to 52 million people (according to different websites, none of which claims to be correct). Our new city, Cairo, ‘they say’ has 20 million people! In one city! That’s almost half the population of South Africa! In one city! Will you forgive me if I felt just a tad overwhelmed?

But like in most situations where one feels overwhelmed, it always helps to get your facts straight. According to the CAPMAS, the country’s official statistics body, Egypt has 86 000 000 people – excluding the 8 000 000 living abroad. (Yes, Hany, you were counted too.) It states that Cairo has only 9,12 million souls. ONLY. I feel much better now.  🙂 Although,thinking of sharing a square kilometer with 47 257 other people in the Cairo governate IS daunting. On the other hand – stats here are only manipulated numbers. There may well be living 20 million people in Cairo. The indications are there. Enough of the stats. I’m more of a words than a numbers person.

As it normally goes in life, one can adapt quite quickly. While Cairo seemed like a dull, chaotic, dusty, dirty place on that first day, l wake up every morning since then to be surprised by something new. lt is as if someone comes every night with a box of crayons – not paint yet, but crayons work for me so far – to colour a new piece of the city just for me. And when I come out on the hotel balcony every morning to see what the day looks like, I find that the water in the Nile in front of me suddenly has changed colour. And so does the agricultural patches across the river and the  trees on the the other side of the river bank. And even the desert and the pyramids on the horizon. And the cars and shops in the busy streets. And some of the scarfs on the woman’s heads.

We’ve been ‘living’ in Egypt for two and a half weeks now. So far, so good. Hopefully we will move into a house soon and then the real ‘living’ can start.

I don’t want to bore you, so I will stop here for now. Thanks for being on this  journey with us – wherever you are when you read this.